This is where everyone wants to be when the fall colors show their stuff. The Linn Cove Viaduct is well known for attracting leaf viewers since the color here is second to none, with unencumbered views provided by the most expensive and advanced section of road on the entire Blue Ridge Parkway.

The viaduct itself, a 1243 foot long concrete bridge, is also a popular destination, being an historical, environmental engineering achievement.

It was the last finished section of the parkway, completed in 1987, at a cost of $10 million.

What exactly makes this bridge so interesting? For starters it’s the complicated nature of its design and construction. Each of its 153 concrete segments were precast near the site and then transported and installed by custom cranes on either side of the structure. The segments rest on seven footings carefully located on the bedrock at the mountain base. The reason for this was to prevent damage and reduce impact to the base of Grandfather Mountain which would have resulted if traditional cut-and-fill road building methods had been used. 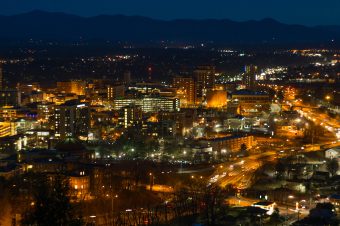 The Blue Ridge Parkway generally runs to the south and east of the downtown area... Read More 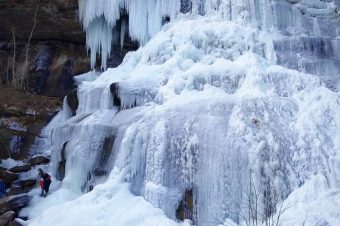 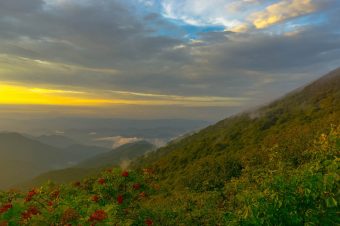 Clouds form in the treetops on the base of Craggy Pinnacle after a late summer... Read More 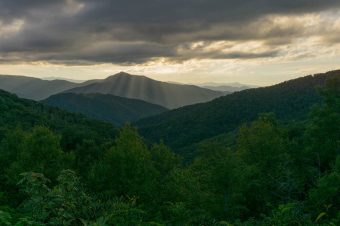 The sun rays dance, prior to a beautiful sunset behind Cold Mountain. Taken from the... Read More

This is looking east across the valley, from the northern end of the Linn Cove... Read More